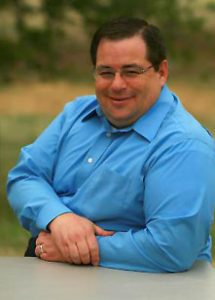 Providence Reformed Church is committed to Jesus Christ and His Word through the preaching and teaching of the pure Word of God, the Holy Bible. It is our desire to honor and exalt the name of God in everything we do. We have served the Lodi community since 1985 and God has blessed us and used us to impact others in many ways. Our prayer is that we never lose sight of our mission to impact our world for Christ.

In response to the recent dictates of the Governor of the State of California, we, the duly ordained and installed officers of Providence Reformed Church, Lodi, California, make the following public declaration of those principles we hold to be true and biblical regarding the relationship of the church and state and to declare our intent in light of those enduring principles.

I. God is sovereign over all creation and establishes all authority and power in every sphere, both seen and unseen, and He determines the extent and bounds of that authority.

II. God’s supreme authority is commonly delegated by Him to humans to exercise according to His Law and they are accountable to Him. Thus, there is no just autonomous power outside of His revealed will regardless of the sphere of authority.

III. While the responsibilities and delegated powers ordained by the sovereign God in the various spheres intersect with one another in some circumstances, they have unique and discreet delegated authority which is not dependent upon the permission of the other spheres.

IV. Each power exercises its delegated responsibilities and authority as accountable to the Sovereign King of Heaven and Earth who has ordained them. He will judge them in righteous judgment when they defy Him and He will bless them when they are obedient to Him.

V. The unique and discreet authority of the civil and ecclesiastical authorities is represented by the sword and the keys, respectively. (Romans 13:1-7 and Matthew 18:18-20) The sword reveals the authority and responsibility to punish the evildoer or praise the good and is, by its nature, temporal. The keys reveal the authority to bind and loose and are, by their nature, spiritual. The sword is denied to the ecclesiastical authority and likewise, the keys are denied to the civil authority.

VI. The inspired Scriptures lay upon every Christian, whether a bearer of divine office or not, the duty to obey the civil power in all things lawful and in accord with the Law of God. (Matthew 22:21 and Romans 13:5-7)

VII. Nevertheless, the inspired Scriptures lay upon every Christian, whether a bearer of divine office or not, the duty to obey God rather than mere humans when performing that which is required of them by Him. Laws, dictates, commands, or any other act of the civil power which hinders the free and ordered duties commanded by God and which are delegated to the ecclesiastical power are invalid and are to be defied in good conscience. (Acts 5:29)

IX. Therefore, the ecclesiastical power rightly neither requires nor seeks the permission of the civil power to answer the summons to corporately worship according to the dictates of the inspired Scriptures, to evangelize the world according to the command of the Lord Jesus Christ, and to raise our children according to God’s revealed word.

X. Among all people, Christians must be the best, the most loyal, and the most peaceful of citizens, but our allegiance is placed ultimately upon the sovereign God of Heaven and Earth and we will obey Him even though the nations rage. (Psalm 2)

Therefore we, the Consistory of Providence Reformed Church, reject the governor’s recent attempts to, as it were, reach into the church and dictate its liturgy, worship, and life and we declare his action to be an act of rebellion and disobedience on his part. As an act of prudent judgment and in consideration of the physical and spiritual wellbeing of those placed in our charge, we have voluntarily curtailed all activities not explicitly required of us in God’s Holy Word, but we will continue to obey Him where we have explicit command. As an act of prudent judgment, we have established congregational policies which will serve to help safeguard health while acting in obedience to the Supreme Judge of Heaven and Earth as we gather to worship according to His summons. We will also continue to pray that the Lord will grant to the governor wisdom and discernment as well as saving faith in the only Savior, Jesus Christ. We also call upon the governor to repent of his lawless attempt to stretch forth his hand and interfere in the lawful and biblical actions of the Lord’s church.

Since the inspired Scriptures reveal that all authority in heaven and on earth is mediated by the risen Lord Jesus Christ (Matthew 28:18); and since each human will stand before the perfect, divine seat of justice at the Last Day (Revelation 20:12); and since the church is the only institution among men for whom the precious blood of the Savior has been shed for its redemption and salvation (I Peter 1:17-19); and since the Church of Jesus Christ is a unique and precious possession of the Savior (Revelation 21:1-4); let the civil power take heed. He who watches over His church will neither slumber or sleep (Psalm 121:4), and for the sake of His church He will not hold His peace nor keep silent until His purposes are fulfilled (Isaiah 62:1). Beware, for He will be zealous for His possession and will have pity upon His people (Joel 2:18).

We also meet on most Wednesday evenings at 7:00 at the church building for Bible Study and fellowship.  Contact us for more information. and to confirm if we are meeting.

We also hold many events which we call Family Activity Nights.  These are a variety of no or low cost activities which are family oriented and designed to  strengthen our bond together.

As ye have therefore received Christ Jesus the Lord, so walk ye in him: Rooted and built up in him, and stablished in the faith, as ye have been taught, abounding therein with thanksgiving.
Colossians 2:6,7

There are no upcoming events at this time.

The Reformed Church in the United States (RCUS) is a communion of Christian churches in the Reformed tradition. We stand on the great Reformation principles of salvation by grace alone, through faith alone, in Christ alone, according to the Scriptures alone, to the glory of God alone.